In George Orwell’s 1984, the Ministry of Truth was a department of the government responsible for propaganda, lies, and deception. It was involved with news media, entertainment, the fine arts, and educational books. Its purpose was to rewrite history and change facts to fit government doctrine. The book describes the Ministry of Truth doctoring historical records and changing the news to present a government-approved version of events. On this episode, Frank Pearce and Michael Strange delve into the workings of the ministry of truth… in today’s society! It appears that modern day governments and corporations have taken the fictional concept of the Ministry of Truth and, using 1984 as an instruction manual, have started to implement its principles in politics and business.

One way this is happening is through internet search. The reliance we have on the internet and search have made our memories easy to manipulate. More people remember how to find information on a topic than they remember about the topic itself. As such, changing search results can literally change the way we think, causing us to forget old pieces of information and ‘remember’ new details. When it comes to editing our memories in this way, Google is especially egregious; we discuss several examples of political and conspiratorial topics that Google search has sanitized from its results. Duckduckgo, an alternative search engine dedicated to user privacy, seems to find more relevant results. Alex Jones was right about at least one thing… there’s an infowar going on.

As well, we discuss one troubling portend that the Ministry of Truth is at work even now… shoddy journalism. Mass media and news agencies are supposed to act as an unofficial fourth branch of government, wielding an indirect but significant influence on society and the political system. They’re supposed to hit the streets, make calls, send emails, and track down information that helps us, as citizens, make informed decisions. But they don’t. They pick sides, ignore facts, choose not to ask important questions, and spin stories to generate outrage, fear, and hate. They’ve forgotten their purpose. We need to remind them.

Finally, we talk about the modern day historical record. No, it isn’t textbooks, non-fiction literature, or paper encyclopedias. Like it or not, the vast majority of people learn about history and recent events from sites like Wikipedia and Snopes. Wikipedia has a built-in bias. Unemployed or unskilled individuals, who have plenty of free time on their hands, write and edit all the articles. The more these individuals edit the pages, the more power they gain, and the more bias they are able to inject. Meanwhile, skilled individuals with jobs, families, and careers, who are familiar with and knowledgeable about many topics, don’t have time to combat these discrepancies. Snopes has a bias for other reasons… cash, they need cash, to pay for the exorbitant salaries, escort services, prostitution, and expensive divorce settlements happening behind the scenes.

Discussion on all this and more can be found on this episode of Troubled Minds Radio. The show is available here at your fingertips in what we call ‘light video format’ (accompanying photos and videos) on YouTube and in audio/podcast format on Soundcloud! Don’t forget to like and share to help spread the word. If you’re currently employed at the Ministry of Truth, reading this page while working at your government mandated propaganda dissemination duties, please leave us feedback or send in a comment to troubledmindsradio@gmail.com and let us know what you think!

The news story regarding the martian dust storm, seen from above. Amazing!

NASA is being accused of deleting image of alien structures on the moon… big surprise, listen to our moon episode to find out more.

A helpful AI robot describes a study linking the ability of people to remember details to their ability to search for those same details.

A clip from a State Department briefing that shows the Ministry of Truth working in today’s society.

A rant from a movie, Network, made in 1976 that summarizes all the problems with relying on a tube, also known as a television, for news and information.

Several examples we talked about in the show. Google and Bing suppress information, while DuckDuckGo seems to have more relevant search results. As well, two pieces of evidence from the James Damore lawsuit that demonstrate Google’s bias against conservative politicians. 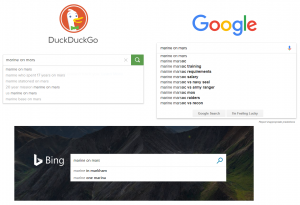 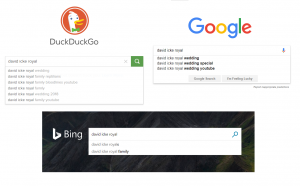 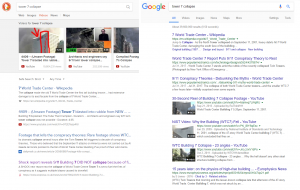 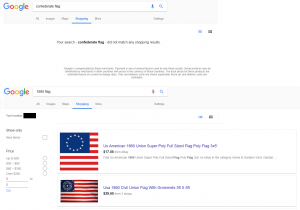 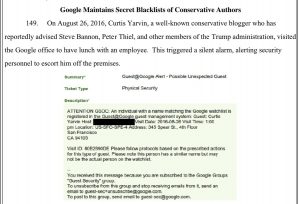 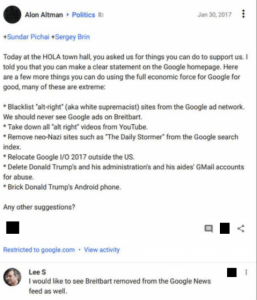 One small problem though, 20% of the census forms that went out in 2010 already had a question that asked if you were a citizen. The Ministry of Truth and shoddy journalism in action! 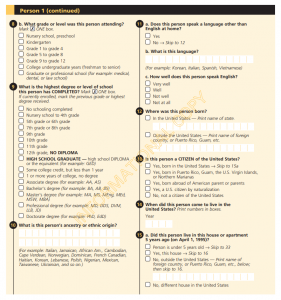 An example of good journalism that was done too late. Trump’s victory wasn’t predicted by polls, experts, or science… but it was predicted by a Chinese flag manufacturer.

Another example of shoddy journalism. This is an image taken from the recent senate intelligence report on Russian interference in the 2016 election, specifically focusing on the ability of RT (Russia Today) to influence the American populace. But where’s the mention in the media of British interference in the 2016 election? The BBC (British Broadcasting Corporation) had equal impact to RT when it came to influencing Americans. 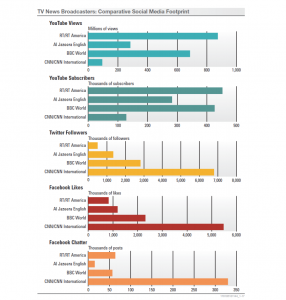 A clip documenting Wikipedia editors injecting bias into their articles for monetary gain or personal reasons.

A friendly AI robot reads us the words of Mark Zuckerberg, describing how he won’t remove news or topics from Facebook even if they’re objectively wrong. Yet, several conservative groups have already been removed from Facebook or have had their algorithmicly generated views greatly decreased. Where can we go to find the truth?