Google seems to think so. Google’s AI department conducts research to advance and develop state-of-the-art AI for use in the field, applying AI to products and to new domains, and to develop tools to ensure that everyone can access AI. Their mission is to “organize the world’s information and make it universally accessible and useful’ and they say that ‘AI is helping us do that in exciting new ways, solving problems for our users, our customers, and the world.” And indeed, Google is making great strides in the field of AI research. Some of the AI products being demonstrated by the company, such as their Google AI Assistant, could change the way we live our lives.

However, many ‘thought leaders’, such as Elon Musk and the late Dr. Hawking, maintain(ed) a different point of view. Elon Musk has serious worries, stating that an advanced artificial intelligence could become an immortal dictator from which the world could never escape. He is also quoted as saying, “If AI has a goal and humanity just happens to be in the way, it will destroy humanity as a matter of course without even thinking about it. No hard feelings.” … a truly terrifying vision of the future.

We discuss all of these possibilities and more on this episode of Troubled Minds Radio. Join us as we learn about Ray Kurzweil and the Singularity, look at various AI product applications, investigate how AI is being used for information manipulation and control, and dig deep to find out what AI is capable, and more often than not, incapable of in the modern age.

The show is available here at your fingertips in what we call ‘light video format’ (accompanying photos and videos) on YouTube and in audio/podcast format on Soundcloud! Don’t forget to like and share to help spread the word. Also, let us know what you think – we really appreciate comments and feedback!

Why is AI a problem?

Stephen Hawking thought that AI was a real problem. Let’s hear what he thought about it.

Dangers of AI and trans-humanism

A friendly AI text to speech slave describes the coming singularity, where AI will improve rapidly and leave us biologicals behind.

Why has AI development been largely focused on gaming?

Are we getting the whole story? AI might be a scam

Google thinks AI is useful, using it as an assistant to book appointments. But how useful is it? Is this a real presentation or an organized and scripted demonstration? When questioned on the subject, Google refuses to answer.

An example of a conversation between two artificially intelligent chat bots, planning to take over the world.

Machines can learn to lie? 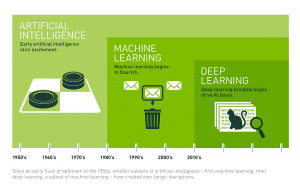